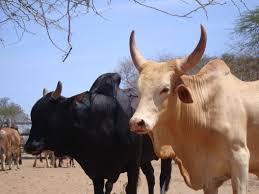 Natural breeding has been defined in simplistic terms: putting a herd of cows with a herd of bulls. However, there are other variables which should be considered to ensure efficient, effective breeding.

Such factors are within a breeder’s control, and paying attention to these can rule out extraneous variables which might interfere with successful results. This is because breeding is a science with controllable factors.

Such an animal should be purchased a couple of weeks before the breeding season starts. This gives the bull time to get used to the farm or ranch set up before the season begins. It is suggested introducing the bull to an adequate roughage diet so that he is kept in optimal condition.

It has been recommended testing the bull’s semen through the services of a qualified veterinarian.

This should be around one bull to 25 to 50 cows. Factors such as the pasture and bull size should be considered when working out this ratio. The maturity of the bull also plays a role. For example, the more mature the bull, the more cows he is likely to settle.

Keep The Bull For The Full Duration Of The Breeding Season

The breeding season is usually around 45 to 60 days but varies from farm to farm. cows’ heat periods can also be monitored to ensure optimal breeding as this usually affects breeding patterns. This usually lasts around 12 to 24 hours. Understanding the heat or oestrus period allows good decisions around breeding to be made.

Other factors such as the age of the cattle involved are important to consider when embarking on a breeding programme. To give an example, cattle over three years of age breed more optimally than their younger counterparts and this is the best way to ensure quality.