Home » Uncategorized » Taking The Bull Out of Environmental Issues

Taking The Bull Out of Environmental Issues 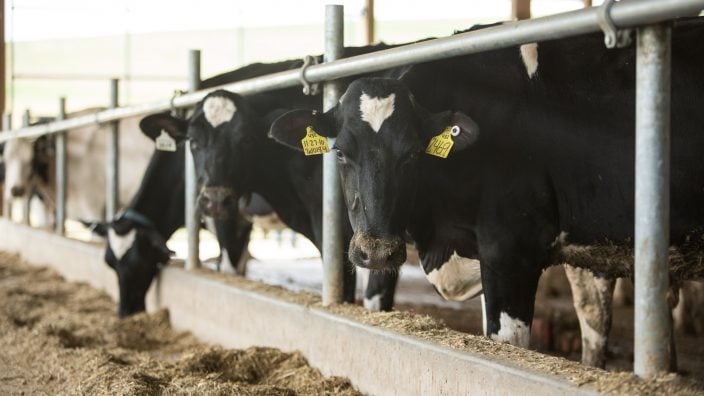 With environmental issues at the forefront of everybody’s minds, people in all industries are clamping down on how their business is making an impact. Reducing the environmental impact of farming is a topic of great interest. The bulls of the Taranaki breed are making waves in the agricultural industry where decreased nitrogen emissions are concerned.

CRM Ambreed’s, the dairy company dedicated to the improvement of the herds, has produced a team of sires that include four new bulls which have been deemed environmentally friendly, if. The bulls pass much lower levels of nitrate into the soil as they urinate. The two breeds that are to be trialled include the Jersey bull omnibus as well as the Hawera-bred Friesian Cortex, are expected to produce daughters who will inevitably create lower nitrogen. This could drastically reduce the carbon footprint left by farmers.

Their genetically superior breed of bulls will be marketed and sold. The mutation seemed to result in a trait which is related to a lowered number of ‘urea’ nitrogen which was found in milk during last year. Farmers have shown great interest in the idea of using genetic strategies to lower the output of nitrogen. This was the message relayed by Peter van Elzakker the product manager for Oceania.

A visit to the NAF, namely, The National Agricultural Fieldays this year will allow you to witness first hand the assessment tool designed to assist farmers. The tool will provide farmers with a means of calculating how much nitrogen is being excreted in their cow’s urine. The Milk Urea Impact Calculator will identify how genetics and the use of reduced nitrogen bulls could assist in reducing the overall nitrogen output for the herd. The environment and dangers posed to it are extremely important and warrant a tremendous amount of concern.